The Elliptical Arc Tool is used to create a shape consisting of half of an ellipse. To use the tool, simply select it in the Drawing Toolbar and then perform a Click/Drag combination at the point in the Drawing Canvas where one of the bounding corners of the elliptical arc should be. Then drag in any direction and release the Click/Drag action where the other bounding corner should be.

In the example above, the Touch/Drag action began at 1,1 and then dragged down and to the right to 5,5 on the Drawing Canvas. 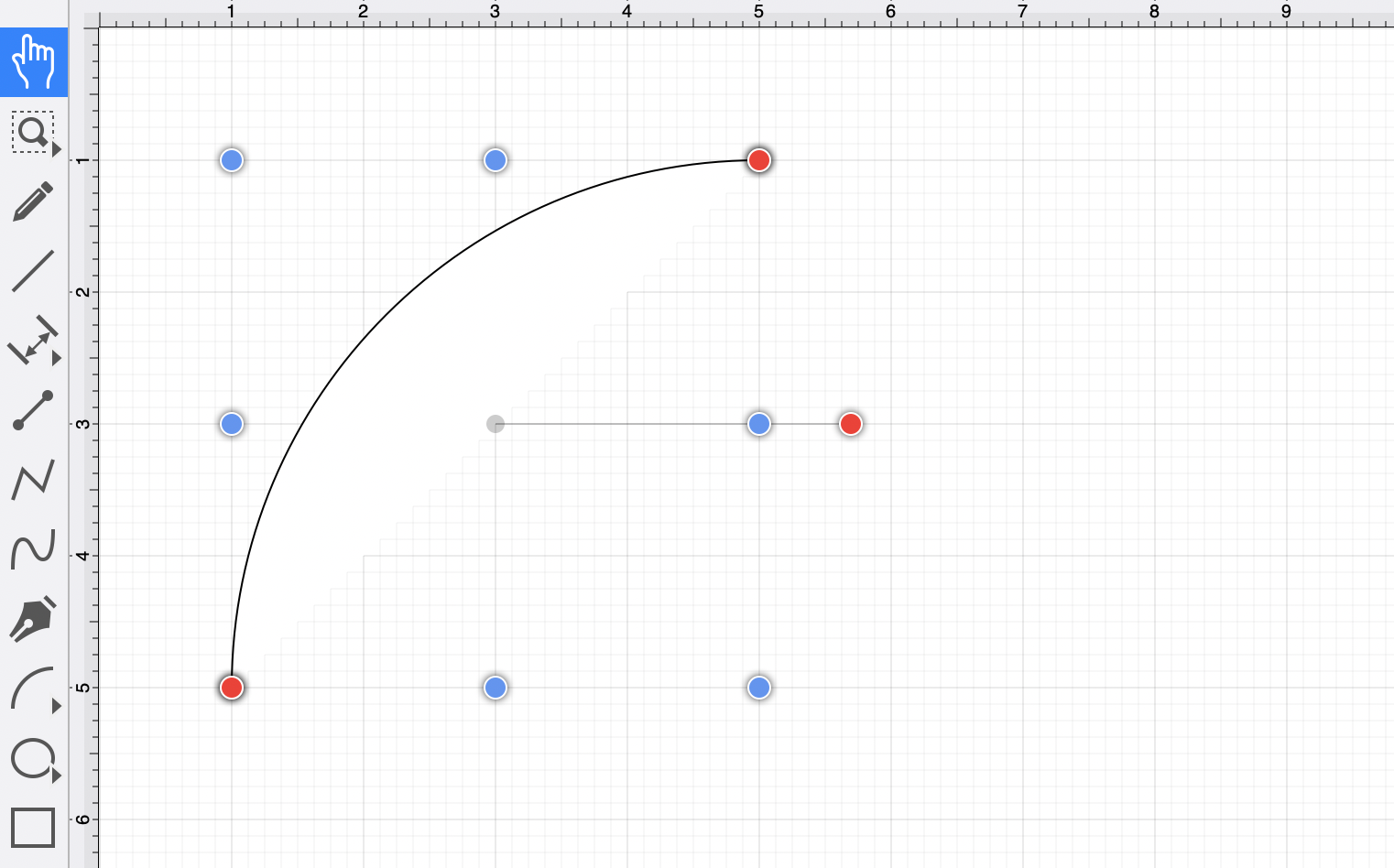 When TouchDraw 2 has been opened within a smaller screen area, certain tools within the Drawing Toolbar will collapse to form selectable menus.

The Elliptical Arc Tool may be combined with the Circular Arc Tool. The menu can be expanded by performing an Extended Click over the tool button.